There was a time in which proud knights with shiny armors and long cloaks climbed through the impervious paths, which from Catania took to a small church on the mountain dedicated to Saint Andrew Apostle and lived there to restore their spirit and health. Barons, bishops and powerful Sicilians climbed riding a mule or a horse to the Acqua di Iu Milu, to talk to Giovanni d’Aragona, duke of Randazzo, Atene and Neopatria, and highest political authority in Sicily. This Giovanni, king Pietro II’s brother and Vicar of the Kingdom, and tutor of little Ludovico, around 1340 built, in Milo’s woods, a small church dedicated to Saint Andrew, to which he assigned a fief and ordered it was priored to the Church of Catania. Giovanni, who lived in Ursino’s Castle, spent part of the summer season in Milo, in the house sorted to the Church of Saint Andrews which he built (writes the ‘700 historian Di Blasi) and there often came powerful people to meet with him, so Milo took the occasional role of political “summer” center of Sicily. Giovanni came back to Milo in 1348, to escape the plague, which took over Catania, but the travel was not enough to save his life and his remains were ruefully transported, through the woods of Milo, to the cathedral of Catania where they still rest. With the death of Giovanni, Milo also lost its importance, but life continued and the community grew with more souls, which found work and subsistence in the surrounding woods. 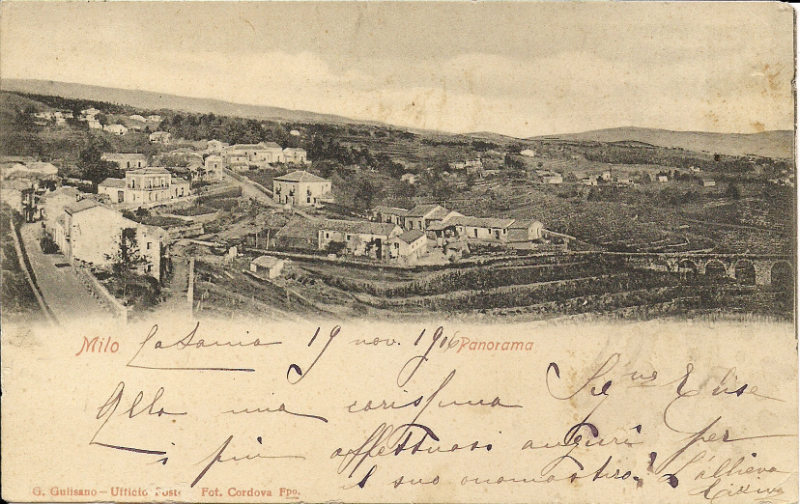 The bishop of Catania, Simone De Puteo, granted the church and the fief to the Certosini family, which created a convent with the money granted by Artale Alagona. To this convent is connected the history of Milo during the following centuries; the convent went from hand to hand, from Certosini to Benedettini (until 1643), to Teresiani (until 1651). Legally Milo’s territory depended by the county of Mascali since the beginning of the XIX century. When in 1815 the borough of Giarre gained the autonomy, Milo and S. Alfio were incorporated by the new city.

During those years, Milo was a big borough, which lived mostly thanks to its woods and other activities connected to agriculture and pastoralism; in 1812, there were 1020 inhabitants and the population continued to grow during the century. In 1905, the town was connected to a good part of the road to the flourishing Fornazzo, center of wood manufacturing and snow production and trading. After WWI, the touristic growing of Milo began; the German baron Wilelm von Gloeden, who launched Taormina into the international tourism, came to settle for a time in Rinazzo, a neighborhood between the center of Milo and Fornazzo, and in Milo established their residence the painter Roberto Rimini and the Prof. Salvatore Citelli, which in 1935 built at his expense the refuge of the same name for the valorization of the touristic zone.

Between 1950 and 1951 Milo lived the most terrifying experience of its history: from November 26 1950, when two eruptive holes opened at an altitude of 1800 meters, in April of the following year, when the displaced milese in the near centers returned home. 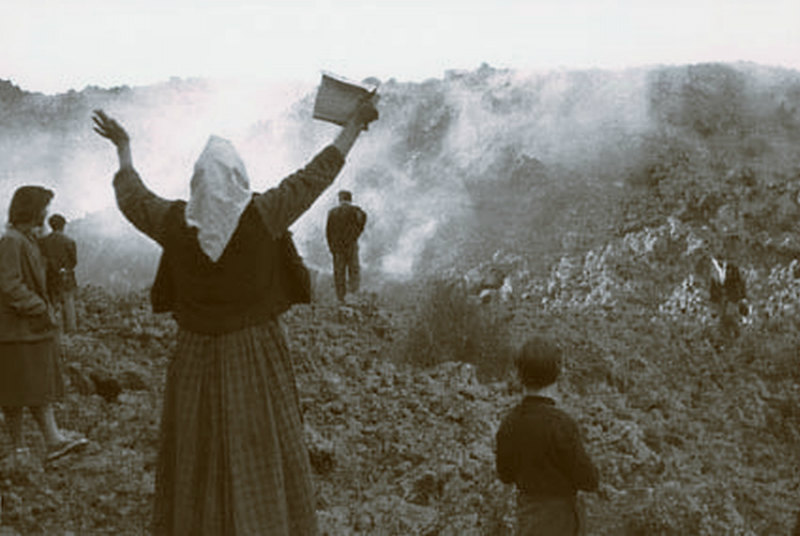 The great fear was gone, but the wounds suffered by the territory due to the violent eruption stayed forever: gone were the Fountains of Milo under Mount Fontane, gone the famous water of Scarbaglio that only in June of the following year was brought to the surface by the Civil Engineer; acres of vineyards, orchards, woods, tens of rural houses, tanks and roads were completely devoured. For months, Milo seemed a war theatre and was destination for tens of personalities in the scientific and political world. Ironically, it was in these terrible months that the idea of the city autonomy started maturing.

The history of Milo’s autonomy started in 1923, when the representatives of S. Alfio signed a document in which they promised to grant Milo to become an autonomous city, since the milese offered their support in the battle against the city of Giarre to obtain the autonomy from S. Alfio. This latter one became immediately autonomous city, while Milo had to wait the end of World War II when, after finding the ancient document, a long battle took place ending with the vote in Sala d’Ercole of the regional law n. 8. Of January 29 1955 in which was decreed that the fraction of Milo and Fornazzo were built as autonomous towns. 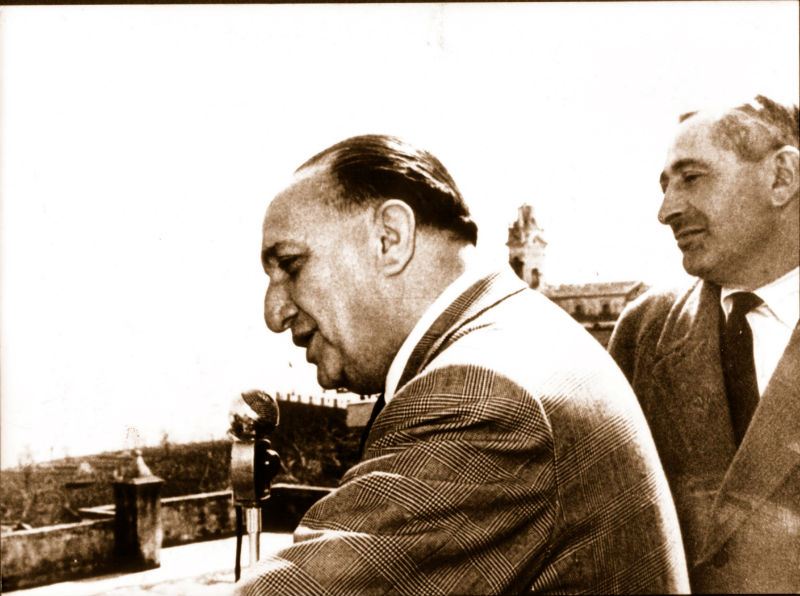 For the milese this was an historical day, and the popular anecdotic is rich of episodes related to the moment; the nicest episode took place in a postal office of Palermo where the group of milese, just got out of the Sala d’Ercole, asked a stunned employee to send the following telegram:
“Prepare the bombs, Stop. We are coming. Stop”. It seems like the employee wanted to call the Carabinieri for findings on the case, but all was cleared and the telegram was sent.

The milese, however, thanks to the power of technique, had already received the news via radio and had improvised a huge celebration for the occasion.

For the duration of the ’50 and ‘600, Milo continued to be capital of the summer resort of the province and hundreds of families spent the good season, renting houses in the town, single rooms in families, rural houses.

Even though the tourism was not the primary source of income, during those years, nevertheless, it had an economic, cultural, and social impact. The eruptions of 1971 and 1950, with their devastating effects on the crop, affected greatly the agricultural economy of the town and the movement of touristic flows from the classic resort to a second house residence had and ulterior negative effect.

However, in the ’80, Milo started to shyly started again as touristic center of interest and spent its cards around wine culture and hiking: the Pro Loco created a huge manifestation called “Festa del Vino” which every year attracts thousands of visitors and the Club Prometeo “invents” the first guided excursion programs in the mountains and guided visits to the tanks.

Afterwards, the proclamation of Fornazzo, main fraction of Milo, to “Italy Ideal Village” puts back on track the aspiration of this center to become the small capital of a new tourism that reclaims calm, nice air and barren lands. After all, the ancient motto of the town reads “In nemore Milensi salus”, health, in Milo’s woods.