Built on the highest point, from its 800 meters, Fornazzo is the last outpost before the taking the mountain road and diving into the woods of Cerrita.

The small borough was formed during the first years of the century, around the interest raised from some activities deeply connected to the nature of the location, wood manufacturing and snow marketing. The first inhabitants scattered in the zone were lumberjacks and woodcutters attracted by the presence of endless woods; afterwards, the snow also became a profitable activity and source of work for numerous families.

This two activities became more and more flourishing thanks to the ingenuity of Knight Giuseppe Leotta (Don Puddu from Nivi), a resourceful giarrese entrepreneur which made Fornazzo a real mall with a big mill and a big “nivera”, for snow storage, which offered work to tens of families. The sky-lift he built in 1921, for the transportation of logs and snow from Cerrita to Fornazzo, was inaugurated in 1922 by S.E. Ferdinando Perez, Argentina’s plenipotentiary Minister and, unfortunately, destroyed by the lava flow of 1928. Various personalities from the political and cultural world used to frequent Villa Leotta in a social climate; among these, the unforgettable Angelo Musco who, in his guest book, wrote one of his great jokes: “Con sicura fede che prestissimo Milo sarà due Mila.” 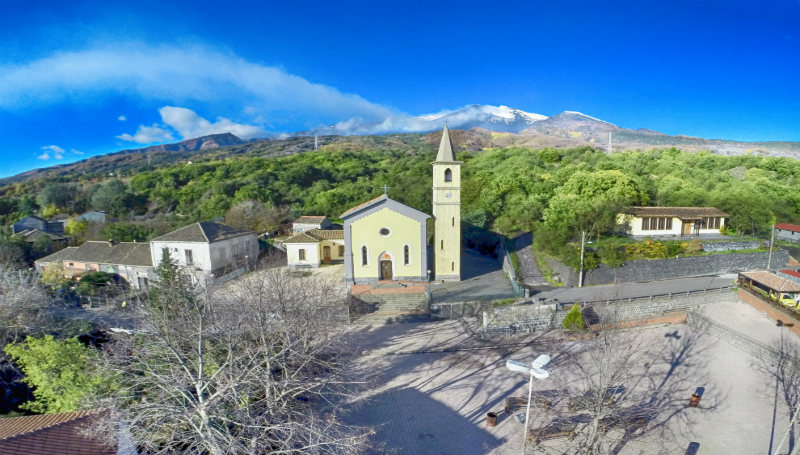 The great actor’s wish, after sixty years, seemed to have a good effect when Fornazzo was officially declared “Italy Ideal Village” in the national contest launched by the magazine Airone. Snow is not sold anymore in Fornazzo, but wood manufacturing is still the primary activity around which the majority of the borough’s economy revolves. The urban center remained virtually intact with its low huts built around the small church. Life was calm, marked by work and seasonal rhythms; and this calm was what won over the jury of the contest and that continues to charm visitors. 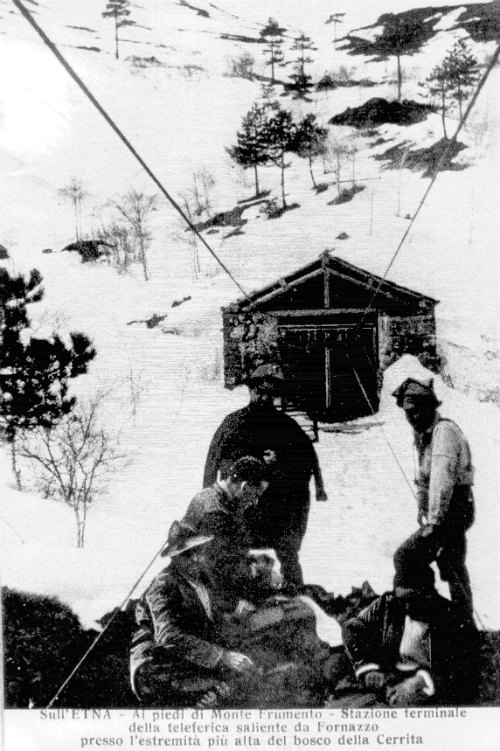 If Fornazzo deserved the critical acclaim as the ideal village, Caselle and Praino, the other two boroughs of Milo, represent two notes of assured interest in the history of this contrada.
The most ancient center of Caselle is built at a couple of hundred meters from Milo’s center and it’s made by a series of houses pinned one to the other in the middle of the vineyards and wood residues. Even though the state of preservation of this old center is not that good anymore, the structure deserves a visit because it is the example of the oldest settlement of the zone. 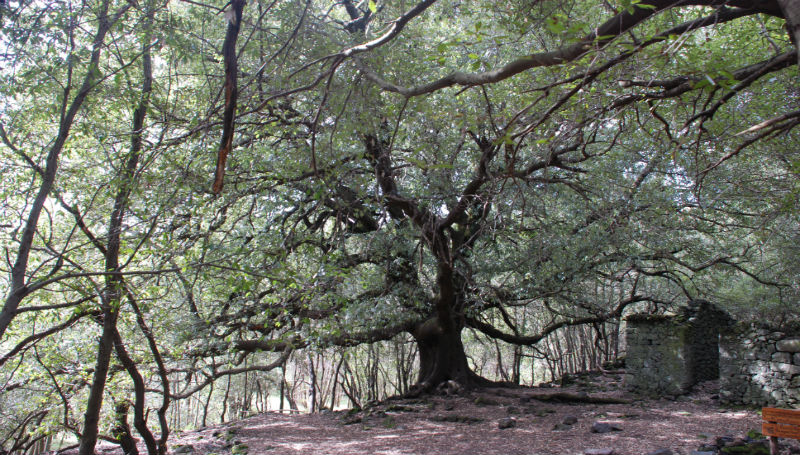 The chronicles usually talk about the “caselle del Milo”; of particular interest are the quotes in the descriptions of the 1852 eruption, when the flaming torrent, on September 13, reached some of the houses, destroying some of them. Of particular vegetational interest is a wide zone upstream, where a mixed natural wood on ancient lava and abandoned terrains for agriculture is being restored. Caselle is also the obligatory starting point for the excursion to Illice di Carrinu, the monumental Etna’s holm oak.

Praino perhaps constitutes the most ancient inhabited center of Milo. The structure of the inhabited zone has remained rural, with scattered houses for vineyards. The inhabited center developed in particular between the XVIII and the XIX century around a small church originally owned by the Petralia family, built presumably at the beginning of 1700 as demonstrated by the two bells that report the dates 1722 and 1746 respectively. The small church was opened to prayer up until World War II and was for two centuries the community center for numerous families scattered around Praino. The zone of Praino is delightful and due to its milder weather in comparison to Milo and for the landscape visible from both the mountainside and the Ionian sea side. The countryside around the small church is populated by tens of rural buildings, some of which date back to the first half of the ‘700. The poet Carlo Parisi spent his summers in one of these rural houses, for many years from the end of ‘800 until the ’20 of our century. The amenity and the charm of the location weren’t lost on some big names of the Italian music like Franco Battiato and Lucio Dalla, which acquired and restored some ancient big houses to make them their residence. 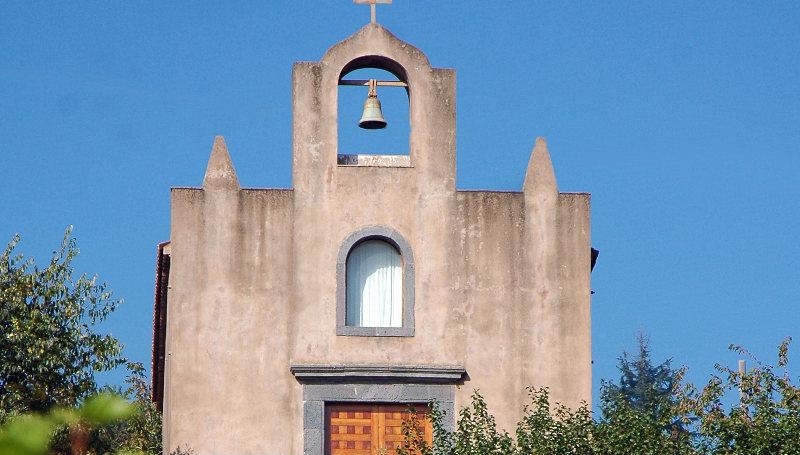