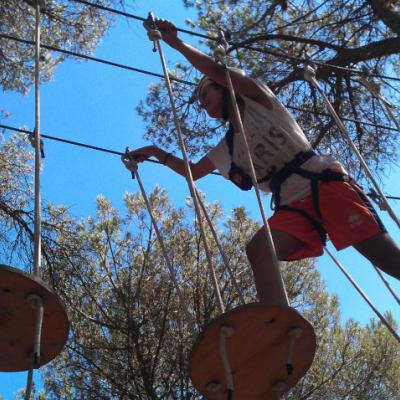 The Etna’s Adventure Park is the largest adventure park in South Italy.

Realized inside the pinewood of “Parco Scarbaglio” in the town of Milo is made of a series of acrobatic paths in altitude realized with suspended paths among the trees that stand out for their height difficulty and required endeavor.